In our new series, we give an exclusive insight into books that move us. Whether it’s the favorite book of one of our colleagues or a non-fiction book that has left a lasting impression on us.

Here, you get a look behind the scenes of the Setlog books.

Note: The books are not in chronological order. 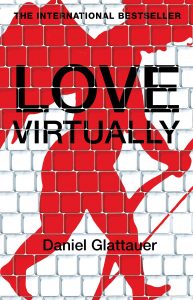 A novel about modern “penfriends”: Emmi Rothner only wants to unsubscribe her newspaper, but finally ends up sending her e-mail to Leo Leike. The two exchange e-mails with each other, at first in a restrained and rather negative mood, but soon a lively back and forth develops. What began as a misunderstanding ends in a wonderful love story between two people who have never seen each other before, but are in an intensive e-mail exchange with each other. 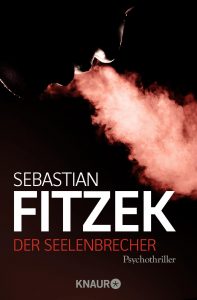 Psychologically broken, empty shells, robbed of their life energy. These are the victims of the “soul breaker”, the cold-blooded psychopath who terrorizes Berlin. Meanwhile, one new patient after the other arrives at the psychiatric luxury clinic Teufelsberg. Caspar has been there for several weeks since he was found without memories. But the stay in the secluded clinic becomes a nightmare for staff and patients when it becomes clear that the soul breaker is among the new patients. And the night begins. A nerve-racking psychological thriller full of riddles and horrors. 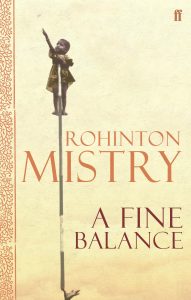 Rohinton Mistry tells us stories from Indian society in 1975. We experience India in a state of emergency, follow fundamentally different people from different castes and immerse ourselves in their life stories. There is Dina, a widowed dressmaker from a rich family, Maneck, a student who moves in with her as a lodger and Ishvar with his nephew Omprakash, who flee to Bombay and find work as dressmakers with Dina. A look into Indian history and the harshness of life in the caste system. 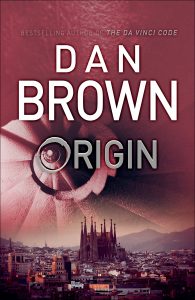 The fifth novel in the series about the professor of symbology, Robert Langdon, deals with the questions of all questions: Where do we come from, where do we go? Edmond Kirsch, futurologist and former student of Langdon, wants to answer these questions in a presentation with the help of his supercomputer. But the scientist falls victim to an assassination. For Langdon and the beautiful museum director Ambra Vidal, a wild hunt for the password to Kirsch’s supercomputer and the secret of our origin begins. Exciting, mysterious and tricky.

Simone Göbelshagen, Marketing & HR: I’m Off Then by Hape Kerkeling 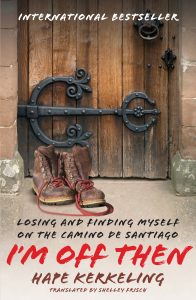 Hape Kerkeling describes his pilgrimage to Santiago de Compostela amusingly and vividly. On the Way of St. James he not only meets the most diverse people, but he also gets to know himself and his believes better. A story that touched me very much and awakened in me the desire to hike and to walk the Way of St James myself.

Nora Breuker, Marketing: The Stranger beside me by Ann Rule 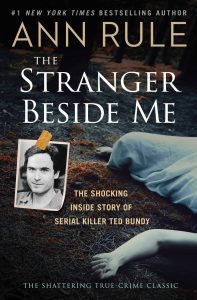 Ted Bundy is simply an Enigma – charming and cruel. One of the most famous serial killers. With his ways he has managed to mislead one of the most successful True-Crime authors. The book was gripping, terrible and changed me in the long run. 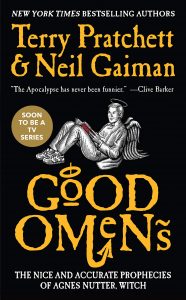 As the fifth book of Pratchett’s independent books, “Good Omens” does not take place in the Discworld. Instead, the apocalypse is imminent in the United Kingdom and creates a lot of work for the angel Erziraphael and the demon Crowley. The Antichrist, whom the two have raised over the last years, doesn’t seem to be particularly interested in the idea of the Apocalypse and soon it becomes apparent why: The Antichrist was swapped at birth! Now the two emissaries from heaven and hell have to work hard if they want to find the true Antichrist in time and the riders of the Apocalypse are already on their way…

Terry Pratchett’s ability to tell fantasy stories that are as comical and absurd as they are lovable and adventurous is simply unique.

Maurice Borzym, IT : The Hobbit by J.R.R. Tolkien 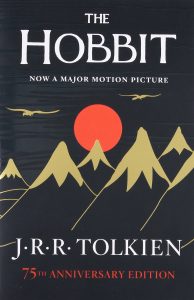 Bilbo Baggins is a hobbit and hobbits don’t think much of travel and adventure. The Hobbit is all the more stunned when Gandalf the wizard suddenly arrives in his cave together with 13 dwarves who want to convince him to go with them on a journey as their master thief. Although restrained, Bilbo’s wanderlust is stirring and suddenly he finds himself in the midst of an adventure. But how dangerous the journey really becomes, he only notices far away from the security of his cave. The destination of the dwarves is the treasure of the mighty dragon Smaug, after all.

The many facets of the adventure told from the point of view of the little hobby are simply thrilling and exciting. And then, of course, there are the dragons, dwarves and goblins!

Matthias Blex, IT: The Hitchhiker’s Guide to the Galaxy by Douglas Adams

How could all this have happened to him? Arthur Dent is an absolutely average Englishman. And yet he is one of the few humans who managed to escape the absolute destruction of planet Earth. Now he has to fight his way through space with his friend Ford Prefect, meeting a number of bizarre creatures and discovering the secrets of life, the universe and everything…

The right combination of humour and philosophy. 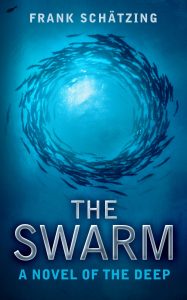 The seas seem calm. But whale researcher Leon Anawak in Canada is not the only one who does not miss the real changes in the sea. Scientists around the world, such as biologist Sigur Johanson, have found worrying irregularities in deep-sea life. Foreign organisms in the sea. Animals moving in aggressive, large groups. Giant waves that bury entire parts of the land. The situation is slowly becoming catastrophic and scientists do not have much time to get together and save humanity. For the sea strikes back.

For me, a conceivable version of the apocalypse through nature, impressively and realistically told through the eyes of different figures with whom I shared excitement.