“If we are to reach real peace in the world, we shall have to begin with the children.” – Mahatma Gandhi

Every year International Children’s Day is on the 20th of September in Germany. The day is celebrated in a total of 145 countries worldwide, partly under different names and on different dates, but always with the aim of reminding of the rights of children. 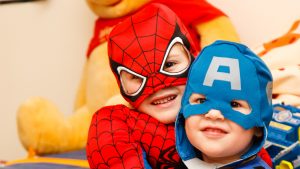 Every year International Children’s Day is on the 20th of September in Germany. The day is celebrated in a total of 145 countries worldwide, partly under different names and on different dates, but always with the aim of reminding of the rights of children.

In Germany the day surprisingly received little attention after it was launched in 1954. Only with the first children’s festival of the Deutsches Kinderhilfswerk in Bonn in 1989 the International Children’s Day finally did find a place in German society.

Nowadays there are celebrations and activities all over Germany to celebrate International Children’s Day, where children can spend the day with their families playing and having fun. This year the 20th of September falls on a Friday, thus a working day, therefore some celebrations naturally are planned for alternative dates, for example for the following weekend.

But this has also changed in parts of Germany: Since February 2019, International Children’s Day on the 20th of September is a legal holiday in Thuringia! This decision was justified by premier Bodo Ramelow with the aim of giving children and parents more time for each other.

Since International Children’s Day was recommended to the member states by the 9th general assembly of the UN in 1954 and subsequently brought into being, it has pursued 3 central goals:

Especially the 3rd point is a good basis for becoming active oneself and a really important thing, we think. That’s why we at Setlog ran the Bochum Half Marathon for UNICEF for years and were able to support the children’s charity with donations.

This year 2019 we ran the half marathon for another aid organization for children: roterkeil.net. Roterkeil.net is a network that takes action against child prostitution. 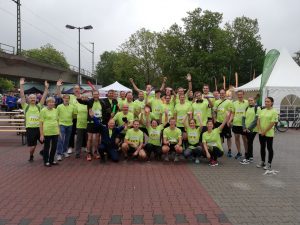 We should all also use International Children’s Day to once again become aware of the reality that many children cannot simply be children. Even if we can hardly admit it, children all over the world are regularly victims of various crimes.

When it comes to many of these issues, the vast majority of people think of victims abroad. Only a few are aware that crimes such as child prostitution are just as horrid in Germany.

A major step towards protecting children from old and new threats in Germany and elsewhere is education. This not only helps the children, but also parents and family members in particular to be able to recognise dangers and signs of influence on children and young people.

This is why roterkeil.net educates about topics such as loverboys, carries out prevention work and supports rehabilitation centres both at home and abroad.

Roterkeil.net has its origin in 1996: After Dr. Jochen Reidegeld, today vicar-general, had been offered a boy for sexual intercourse on Sri Lanka, he founded the Bosco Sevana campaign back in Germany, which was renamed “roterkeil.net” in 2005.

The aim was to support projects to help disadvantaged children and young people, to shed light on the issues of child prostitution and child abuse and to uncover organised crime.

Today, roterkeil.net comprises a large number of projects in Germany, Sri Lanka, the Philippines, Uganda, Swaziland and Sierra Leone which, among other things, work to improve the schooling and vocational training of children, educate them about the usual tactics of perpetrators and look after children and young people who engage in prostitution.

In Germany, the projects supported by roterkeil.net can be found in a number of cities such as Berlin, Hamburg and Plauen, but especially in North Rhine-Westphalia, for example in Bottrop, Dortmund, Datteln, Coesfeld, Essen, Münster and Duisburg.

Sebastian Kehl, Helene Fischer and Atze Schröder are just a few of the many guardian angels of the network who work together against the sexual exploitation of children and young people.

It is our concern to support the unspeakably valuable work of charitable aid organisations and networks such as roterkeil.net and UNICEF for the protection of children and for elucidation.

Today more than ever, children and teenager are involved in shaping their and our future. Young people such as Malala Yousafzai, Greta Thunberg, Ishmael Beah, Yeonmi Park and Yusra Mardini have experienced terrible things and are working today (partly now as adults) for a worldwide change.

Children are our future.

We should therefore use the International Children’s Day both to take time for the family and the children and to speak up for the rights, protection and rescue of children and to value what children and young people are doing in our society today. 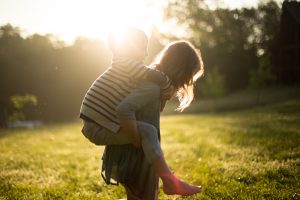 “The noise of children is a dream of the future”. – Author unknown