Traffic…Traffic…and traffic. Despite the higher powers we managed to spend another wonderful and informative Meetup evening. Sandra Parsick wasn’t impressed either and took part in the last IT-related Meetup of the year 2018 and introduced us to the world of IT automation: Even though the title promised more of a Docker Bashing, Sandra Parsick, contrary to all expectations, expressed her opinion on the topic in such a way that one does not necessarily have to decide between Docker and Ansible, but that the two tools can and should be used in addition to each other. 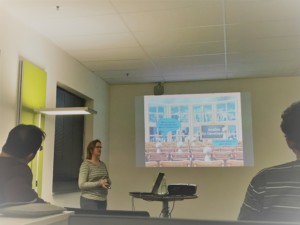 Computer scientists got their money’s worth, which was reflected not least in the subsequent discussion. But also the laymen from Team Marketing enjoyed the atmosphere and the exchange this time in a smaller, but familiar and sociable group.

But also for those who couldn’t be present due to the above mentioned obstacles Sandra would like to make her presentation available here https://github.com/sparsick/ansible-docker-talk, if you would like to get to know more about Docker, the alternatives and the cooperation between them! 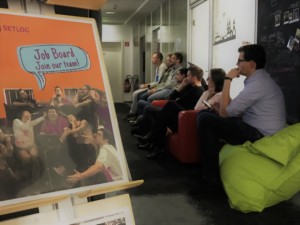