With Nicolas Byl from codecentric we once again had a real “Sympathicus” at our meetup! What Kubernetes is and why you should use it, he explained in an amusing way.

The problem is clear: In a fast-moving world, market expectations are always tied to speed: Services have to be offered faster, but at the same time with good quality – and that is a challenge. Especially in the software field it is common practice to be more occupied with software maintenance than with the code itself.

This is necessary work, but somehow also unnecessary. And this is exactly where Kubernetes comes in. 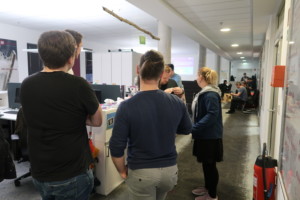 In order to meet the market’s expected speed, Kubernetes can remedy the situation. This is an orchestration platform for docker containers that allows the internal infrastructure to be managed automatically. In this context, “orchestration” means the flexible combination of several services in order to create a meaningful composition – hence the reference to musical composition. This automated maintenance allows complex IT service workflows to be controlled, relieving the developer of unnecessary work and allowing him to concentrate on his day-to-day business. It is also capable of controlling larger container quantities and thus forms an alternative to Docker Swarm.

Through 7 stages you must go…

…or not. Unnecessarily, many companies spend time overcoming these 7 hurdles until they end up in production. With Kubernetes, these 7 stages can be broken down to a fabulous 4 in order to quickly come to a result. So this faster way of working gives you more time to work on the code and achieves speed and quality. 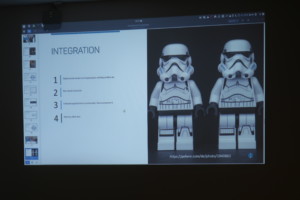 You can read about the details of these steps in Nicolas’ presentation of the evening, which he kindly made available.

The evening was also under a musical star – with Kubernetes not only a composition of the services is possible, but the term orchestration is borrowed from the world of music. A further, extremely amusing adaptation in the context of the Hashtag #ITSchlager also connects the world of music with the one of IT. The genre can of course be argued about, but there are top hits such as “Serverless through the night” or “Don’t cry when the build falls over”. What a dream come true!

Kubernetes and its people 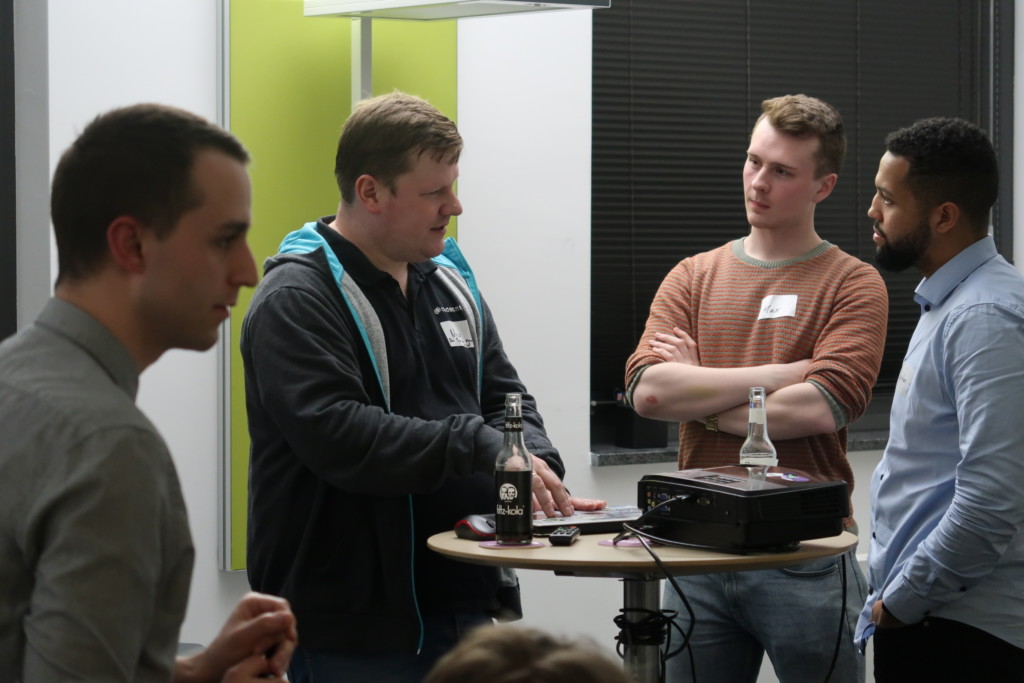 It is not only because of the optimized processes that it is worth choosing Kubernetes. In the meantime, a large and worldwide community has formed around the system, where the users help each other.

And they are anything but selfish: The community is characterized by a high degree of cooperation, which is not about building something that works for you, but for everyone.

Help and support is available globally, 24/7. The community can also be found at Slack, a German channel is also represented – time to join!

It also becomes clear with Kubernetes: Without people it simply doesn’t work, without a community the best system doesn’t help much, which was shown again in our obligatory discussion round later that evening.