There is hardly a day that is more shrouded in legend and causes more horror, which according to statistics not only affects the private lives of many, but also the business world.

But why? What is behind the fear of Friday the 13th?

In fact, the whole thing even has a scientific name: Paraskavedekatriaphobia. In serious cases of paraskavedekatriaphobia affected people don’t even leave the house on Friday the 13th. Even more common is triskaidekaphobia, the fear of the number 13. While for a few it is a serious phobia, for most it is simply about superstition. 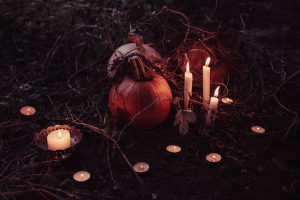 People have always believed in all sorts of evil and lucky charms. In the 4th century the term superstition appeared in Christianity and represented misbelief synonymously. To think superstitiously means to be convinced of the existence and effect of supernatural powers. The fact that superstition also has an effect on the psyche of human beings has meanwhile been scientifically proven. While several centuries ago it was still normal to wear amulets and indulge in different rituals in public, superstition nowadays takes place more subtle.

To everyone superstition means something different. For competitions, some professional athletes perform downright ritualistic acts – putting the right shoe on first, putting grass from the field into the shorts or wearing the lucky charms pants underneath, to name just a few. While one or the other still adheres strictly to superstitious rules, for most it takes place in everyday life in the form of rather small gestures that originate from decades of tradition. People knock on wood or throw salt over their left shoulder. Many generations have not washed during the turn oft the year. And on Halloween we disguise ourselves in the spirit of an old, pagan rite, which allows us to hide from resurrected, evil demons.

Superstition has many faces.

Now you’re probably wondering: that’s all very well, but what does it have to do with the economy?

Superstition and economics – they don’t fit together. Perhaps. But superstition still has its place in the business world. 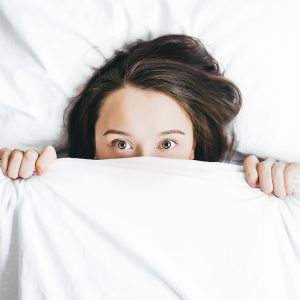 Especially when it comes to employer relations, superstition plays an important role. Health insurance companies have found out that on Friday the 13th every fourth person stays sick at home. It can not be denied that this means an enormous financial aspect for employers. However, the financial losses do not end with the employees who stay sick at home. Experts from the USA estimate economic losses on these days of more than 800 million dollars. Travelling and investments are avoided. In order to counteract this, some creative solutions were found, especially in the tourism industry. 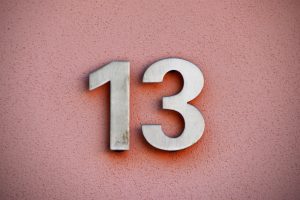 Many hotels do not have a room number 13 and even leave out the 13th floor. In airplanes and on cruise ships there are also restrictions: both the 13th row and the 13th deck do not exist.

Federal Minister of Labour and Social Affairs Hubertus Heil has only just proposed a direct transition from the 12th to the 14th Social Security Code so as not to link the sensitive content of the Code to such a problematic number.

In many cultures important decisions are made with superstition in mind. But not only the number 13 has a big influence on the economy. Different countries, different customs. In China, for example, the number 8 sets the tone and has been scientifically proven to play a major financial role in negotiations, decisions and company management.

Whether you believe in it yourself or you don’t, it’s a fact: To many in our society symbolism, tradition and myth mean a lot. They influence not only our private lives, but also our economy, our financial markets and our behaviour as consumers.