Like Grandma always said, “You learn from your mistakes.”

We all grew up with this saying, didn’t we? But what is really behind it? Falling down and getting up again. Another proverb and easier said than done.

Especially when we talk about mistakes in the professional world, it affects us more than when we realize in our private life that we have made a decision that might not have been so wise. In the worst case, our job, our company, our existence is at stake.

So, what does it mean, in this context, to make mistakes, to accept them and to learn from them? 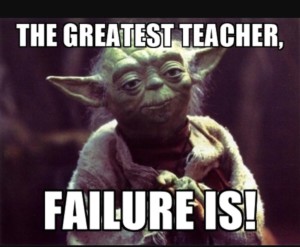 Especially in the startup world, we hear times and times again that mistakes or failed company ideas are celebrated in a way. Is this just a hype or is there something behind it?

Why are event concepts like the “Fck up – Nights” so successful and why do trendsetting people always stand on stage and talk about where they failed and how their success grew out of that?

Isn’t that the crux of the matter…turning failure into real success?
It sounds a lot like a Hollywood story – but is proven by some pretty famous historical events:

1.) The Scottish bacteriologist Sir Alexander Fleming (1881 – 1955) almost disposed of exactly what was later to become one of the most important and widely used antibiotics: penicillin. In the summer of 1928, Fleming inoculated an agar plate with staphylococci and put it aside. On his return to the laboratory on September 28th, 1928, the Scotsman discovered mold (lat. Penicillium notatum) that grew on this culture medium and in which immediate vicinity bacteria did not grow.

2.) After a dissatisfied restaurant guest complained about the preparation of his potatoes, the chef George Speck Crum got ambitious and invented a dish which today is one of the most popular snacks worldwide: Potato chips. Come on, who doesn’t like them?

3) John Stith Pemberton (1831 – 1888), US pharmacist, lieutenant-colonel during the American Civil War in the Confederate Army, worked after his military time on a remedy for headaches. Instead of curing headaches he invented something which would later become known as the popular beverage Coca-Cola and which Pemberton patented on June 6th, 1887.

4) What we know today as the yellow Post-it was originally a misproduction. In 1968, the American Spencer Silver of the Minnesota Mining and Manufacturing Company (3M) worked on the development of a new super glue. With little success. Because the only product that came out of this was a kind of pin board, on which you could simply stick notes and remove them again. Due to poor sales figures, the board was quickly withdrawn from the market and Silvers invention was forgotten. At least until 1974, when Spencer’s colleague Art Fry remembered the glue again and used it for removable bookmarks in his church choir notes. This was also the birth of the Post-it. According to the US magazine Fortune it is one of the most important inventions of the 20th century.

5) The US American engineer and inventor Percy Spencer (1894 – 1970) discovered in 1945 by chance that food could also be heated with the magnetron of a vacuum runtime tube to generate electromagnetic radiation in the microwave range. In short, Spencer invented THE microwave. 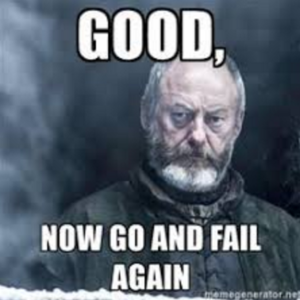 Now perhaps we are all not necessarily the man who invented penicillin, or Steven Spielberg, who was rejected many times as a filmmaker before he became a world star.

Maybe we just sit in our middle-class office and ask ourselves how we can build in a good failure culture.

What is it really like in companies – are mistakes really appreciated? Especially in an “oh so perfect” working world, where everyone must function effectively, innovatively and economically, are there really no mistakes to be made? If this is the case, you have to ask yourself what a zero-failure philosophy actually means. What consequences could it have?

How beneficial is this philosophy for the personal and professional development of the employees, even the management? How does the company develop under such conditions?

Isn’t it really the case that the fear of mistakes is blocking you and that many people do nothing else than exactly what they were told to do because of this fear? Thus, they are treading on the spot and future-oriented and meaningful work is not encouraged. This leads to dissatisfaction and further uncertainty. This working climate is not beneficial for anyone – neither for the employee, nor for the company and certainly not for the work environment.

Thus, an innovative company must allow mistakes to stand out from the crowd and actually achieve positive changes for the product and the company. Employees who are allowed to make mistakes usually also learn from them or what is even more pleasing, completely new, untought of products can arise that nobody planned in advance.
Many entrepreneurs strive for the “courage to make mistakes”. Especially because failure avoidance is inappropriate for today’s fast-moving world. Modern leadership, which is characterized by eye-level communication and appreciation, more coaching and fewer demands, promotes the courage of employees and the company to take new effective paths.

So, listen to grandma and “learn from your mistakes”, but above all: allow them to happen and if you sit at management level, then rather promote a work culture in which employees feel secure enough to try something instead of just the well-thought through route.

If we learn to ride a bicycle, then there is a high probability that we will fall once in a while. If we get our driver’s license, then we will certainly make the driving instructor shake his head from time to time. There are situations in our lives, where it is almost expected that it won’t work out immediately from the beginning.
We celebrate every little step plus the times that babies land on their butts because we know that they will get up again, try again and then at some point take walking for granted. Before you know it, they run through the living room and we hardly manage to catch them.

Wouldn’t it be nice if this were also the case in the working world? Every employee, manager and even owner cleans off the dust of their trousers, gets up again and literally starts running.

Are mistakes really allowed in your company? Perhaps this small article gives you the right nudge to reconsider this topic again.